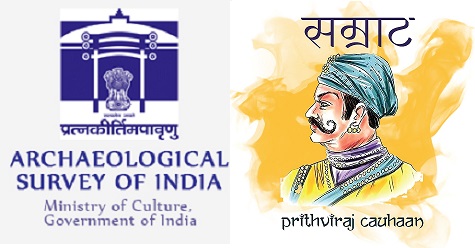 The first step towards institutionalizing the memory of Great Hindu emperor Prithviraj Chauhan could bear fruition next year. As per a report in Hindi daily Jagran, Archaeological Survey of India (ASI) will build a museum dedicated to the Hindu emperor.

The site of the museum is Qila Rai Pithora and the ASI has begun collecting memorabilia, documents, antiquities related the great warrior.

Qila Rai Pithora had been revamped during the tenure of Vajpayee government. Earlier, there were just slums around the fort. Then Urban Development Minister Jagmohan spruced it up and developed plans with the Delhi Development Authority to spruce it up. Gradually, the entire mound on which the fort was located was excavated. The ASI took charge and a conservation centre was also built on the premises. A grand statute of Prithviraj Chauhan was installed.

In his book, Jagmohan described the magnificence of the fort in its prime. He stated that Lal Kot Qila Rai Pithora in fact was the actual Delhi. Several temples were built around Lal Kot by Chauhan which were later razed to the ground by the Muslim invaders. The stones were reused for the Kuwaitul Islam Mosque. It’s said that Qila Rai Pithora later became the residence of Qutubuddin and Iltutmish.

Constructed between 1180-1186, Qila Rai Pithora is first of seven cities of Delhi. Prithivraj Chauhan was the last Hindu emperor in Delhi. There were 12 gates to Rai Pithora. The remains of the fort could be seen today at the Press Enclave Road in South Delhi.