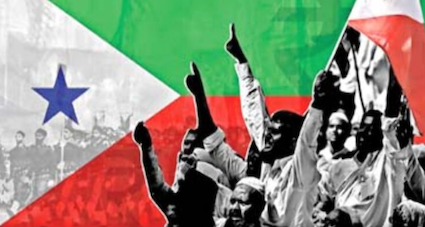 The Islamic organization Popular Front of India (PFI) had planned to eliminate all BJP and RSS leaders and have one of its own member elected as Prime Minister of India is a detailed look by a twitterati at its alleged eight-page vision document for 2047.

The document which was recovered by Bihar Police from two of PFI’s operatives In Patna had made news a few months ago but a lot of its details were never reported by the mass media.

In essence its aim to convert India into an Islamic State by 2047.

Now a twitterati, Agenda Buster—@Starboy2079—has now detailed its alleged content in a long threat on the social media which makes for an alarming reading.

The alleged document asks its members and sympathisers to strike fear in the hearts of “coward” Hindus and terrorize them by “selective violence” and “social media threats.”

Further, it wants to change the Constitution of India into a Sharia Constitution and infiltrate judiciary and bureaucracy; army and police to the extent that these two institutional pillars of society pass into PFI’s control.

The twitterati claims that the alleged documents consists of four parts:

The PFI’s vision is to convert India into a Muslim country by 2047 and establish the rule of Islam.

As per the current situation of Muslims in India, the document alleges that Muslim citizens are discriminated against in the society and are no better than second-class citizen.

The actionable points are divided into four parts:

The establishment of grievance has simply been described as an attempt to build perceptions among the Muslims that RSS wants ti declare India as a Hindu Rashtra and drive Muslims out of the country.

The Mass Mobilisation and its alleged main points: