Does India have 80 crores below poverty line? Smell a coffee, Tavleen 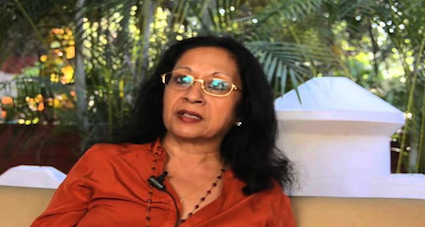 It’s now pretty obvious to everyone that despite being professional journalists, most of the pen-hackers know little about the subject they write.

A cricket writer doesn’t necessarily know what is a “trigger movement”; a writer on “free trade” doesn’t quite know if that’s what Left-Liberals by other name; a movie critic know very little a drab scene which actually is a cinematography masterpiece.

Everyday we have examples of such utter ignorance from well-known journalist and the latest instance has come from none other than Tavleen Singh of Indian Express who has spent decades in writing OpEds.

Her latest tweet showcases this utter ignorance: “The Prime Minister’s decision to give 80 crore Indians free food grain till November is puzzling. Are there that many Indians now below the poverty line?”

The Prime Minister’s decision to give 80 crore Indians free food grain till November is puzzling. Are there that many Indians now below the poverty line?

Clearly, she mistakenly believes that free ration is only given to people below the poverty line. And clearly she knows little about the National Food Security Act (NFSA) and PM Garib Kalyana Anna Yojana (PMGKAY).

As per the National Food Security Act, ALL PEOPLE should get access to basic food. This Act came into being on September 10, 2013 (Wake Up Tavleen). As per NFSA’s website, around 80 crore Indians are covered under the Act presently to receive highly subsidised food grains. The beneficiaries are identified by the States and ITs.

In initial years, it was noted that some beneficiaries were not able to get subsidised food grains. The government of India then notified the Cash Transfer of Food Subsidy Rule, 2015. Under this rule, “In case of non-supply…to entitled persons under NFSA, such persons shall be entitled to receive such food security allowance from the concerned State government…”

Besides, there are two types of ration cards under NFSA and the Targeted Public Distribution System (TPDS). It’s the job of the State to assign citizens to one or the other of the two categories.

Persons without stable income are eligible for this card. It covers unemployed, women and old aged people. The cardholders receive 35kg of food grain per month per family. They get it at the subsidised price of Rs 3/kg for rice; Rs 2/kg for wheat and Rs 1/kg for coarse grains.

Under this category, the cardholders would receive 5 kg of food grain per person per month. They get the food grains at a subsidised price of Rs 3/kg for rice, Rs 2/kg for wheat and Rs 1/kg for coarse grains.

There are States that have not introduced NFSA yet issue ration cards under the old scheme (TPDS).

These families are eligible to receive 10kg-20kg food grains per family per month at 50% of the economic cost. The subsidised items vary from State to State.

These families are eligible for 10kg-20kg food grains per family per month at 100% of the economic cost decided by the State government. The States decide on the retail price for rice, wheat, sugar and other essential items.

These cards are for people who are poor and above 65 years of age. They are eligible to get 10kg of food grains per month.

This measure was introduced during the pandemic lockdown in April 2020. It’s for all the ration card holders under NFSA. Per person per month is given 5kg of food grains at zero cost. There are over 20 crore ration card holder families in India and assuming each family has four members, the scheme benefits close to 80 crore people covered under the NFSA.

Notably this allocation is over and above the NFSA food grains.

Antyodaya Anna Yojana (AAY) and Priority Householders (PHH) are covered under the scheme. They are being provided with an additional quote of free-of-cost food grains, i.e. wheat and rice, at 5kg per person per month over the entitled quota under NFSA.

As per reports, under PMGKAY-1 (April-June 2020) and PMGKAY-II (July-November 2020), the Modi government, through the Food Corporation of India, supplied 305 LMT food grains to the respective State/UT governments.

According to the data provided by the Department of Food and Public Distribution, 43 LMT foodgrains were allocated to the states, out of which they distributed close to 38 LMT in the month of May 2021. In June 2021, the union government has allotted 43 LMT food grains to the states and UTs, out of which 7.4 LMT has already been distributed. So far, 3.46 crore transactions have taken place across India to date. PMGKAY has been extended by the union government till Diwali 2021.

(This is a modified version of the piece which first appeared in OpIndia.)