Domicile Issue in J and K: A historical perspective 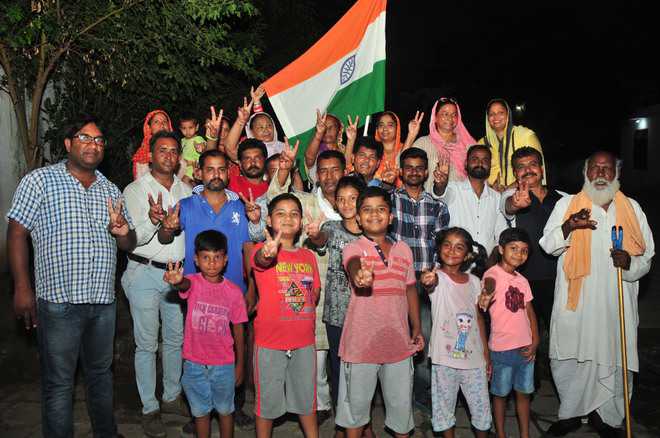 (In the wake of Navin Choudhary, a J and K cadre IAS officer being granted domicile certificate in Jammu and Kashmir, paving the way for thousand others to reside in the Union Territory, Sant Singh presents a historical perspective on the domicile issue).

The National Conference (NC), People’s Democratic Party (PDP), Hurriyat Conference and other political parties based in Kashmir Valley have criticized the move to grant domicile certificate to West Pakistan refugees, Valmikis, Gorkhas and officers of All-India services like IAS, IPS and IFS. They have said that the move was “anti-people and unconstitutional.”

In their political wisdom, they differ widely from one another but opposition to domicile certificate being given to these people unites them together. They all subscribe to the definition of Permanent Residents given by the legislature of the State under Article 35-A.

A confusion sought to be created by all of the parties named above regarding the State Subject laws passed by Maharaja Hari Singh on April 20, 1922.

They are assiduously building a narrative that the Maharaja had barred “outsiders” from settling in Jammu and Kashmir.

Yes and no. The Maharaja’s law barred the instant settlement of outsiders but they were entitled to becoming State Subjects after “10 years of continuous residence.”

The Maharaja’s definition of State Subjects defined Class 1, Class II, Class Iii and Class IV as different categories. In Class III, it said: All persons belonging to Classes 1 and II permanently residing within the State, who have acquired under a rayatnama any immovable property or who may hereafter acquire any such property under an ijazatnama and may execute rayatnama after 10 years’ continuous residence therein.

The definition of Permanent Residents (called State Subjects earlier during the Maharaja’s rule) as given by the legislature barred acquisition of PRCs (Permanent Residence Certificates) by all, irrespective of the period of stay in J and K. This was much harsh and disabling for Hindus and Sikhs who had migrated to Jammu areas in 1947 from Pakistan.

As per Maharaja’s laws of residency, these people would have become eligible for the issuance of PRC’s in 10 years, i.e. in late 1957. As such, the West Pakistan’s refugees would have got the PRCs around that time.

Various parties from the Kashmir Valley are opposition the issuance of domicile certificates to these unfortunate victims of communal holocaust in the Partition days in 2020!

They will now be entitled to jobs, buying land in J and K and educational opportunity. Prior to August 5, 2019, they were treated as non-Permanent Residents even though they had been living in J and K since 1947.

Similarly, Valmikis were brought into J and K by state government in 1957 from Punjab. They would have become eligible for PRCs in 1967 on completion of 10 years of residence in J and K. They were deliberately deprived of their rights in the state all these decades and two or three generations were lost.

Gorkhas had come to Jammu to get enrolled in state forces, fought battles alongside Dogra Hindus and Muslims. They shed their shed for the state but were deprived of PRCs unfairly. Under Maharaja’s laws regarding residency, they would have got PRCs after completing 10 years of residency. The same applies for the IAS, IPS, IFS and IES service cadres. Each officer, once allotted J and K cadre, would have become eligible for the issuance of PRCs after completion of 10 years of service in the cadre. By this yardstick, Navin Choudhary, an IAS officer of 1995 batch, would have become eligible for issuance of PRC in 2005.

How is that the Valley-based parties are making noises now in June 2020 against issuance of a domicile certificate to him? This is sheer hypocrisy on their part and nothing else.

Former Deputy Chief Minister Kavinder Gupta said these parties are just playing “dirty politics” about issuance of domicile certificates to deserving people. This is being done to build a false narrative regarding people who were kept deprived of their rights wrongly by these parties.

What are we talking here? Issuance of domicile certificate to people who live continuously for 15 years in Jammu and Kashmir.  What were Maharaja’s laws on acquisition of state domicile? Of course, 10 years of continuous residence as per April 1927 law.

The new domicile laws, which were formulated recently, in continuation of the process initiated after August 5, 2019, even now are harsher than the Maharaja’s laws. In fact, the period of residency prescribed for the issuance of domicile certificates needs to be halved.