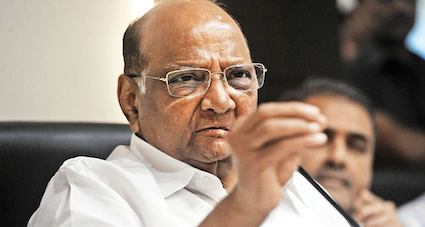 “The central government should not upset farmers from Punjab, since it is a border state. In the ongoing agitation, the majority of farmers are from Punjab and it is a state on the border. If we make the states on the border unstable, then what are the ramification of it, that has been seen once before. The country has paid the price for a troubled Punjab. And, that price has been paid with the assassination of Indira Gandhi (former Prime Minister),” Pawar said while interacting with the media at Pimpri.

He was referring to the assassination of Indira Gandhi who was shot by her two Sikh bodyguards on 31st October 1984 months after Operation Blue Star to eliminate Khalistani terrorist Jarnail Singh Bhindranwale.

It seems as if Pawar is defending violence and anarchy in the name of farmers’ protest.

Attacking Pawar’s for his comment,  Bharatiya Janata Party MLA Ram Kadam reminded him that Indira Gandhi was killed by a Khalistanis and linking farmers with it was an insult.