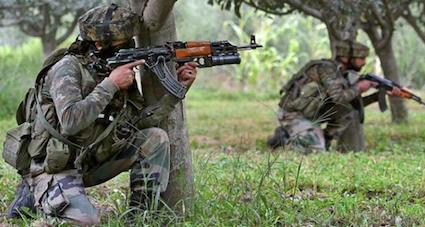 In my book, Unbreaking India, I had analysed the events leading up to Article 370, and appreciated the measure on the following counts:

At the same time, I had underlined the importance of proper follow-up action in order to fully establish the imprimatur of the state in Jammu and Kashmir. I had also advocated for the liberation of Jammu from the overlordship of the Valley. I had stressed the fact that the old discredited ‘establishment’ should be completely discarded and no compromises should be made with it, because these elements are deep in bed with the subversives and separatists, and use the Islamic card to further their interests, which lie along a destabilised Valley. I had also stressed that people within the country must be made aware of the fundamental inequities and realities of the Islamic doctrines.

I had made these recommendations in light of another highlighted fact: That the nullification of Article 370 was heavily resisted by a section of the ‘establishment’ both in Srinagar as well as in Delhi.

However, after the initial euphoria, I began to realise that the elements who were resisting the nullification of Article 370 had taken control once again in the name of familiarity with the state, and had started patronising those very elements that had either led the jihad in Kashmir, or had acted as its overground and underground workers. In effect what happened was that Article 370 became ineffective de jure, but continued to exist de facto as Delhi once again opted for a dozen times failed policy of winning the hearts and minds of separatists, instead of consolidating itself in the hearts and minds of those wholesome elements that preferred India over the jihadis.

As a result, the de jure Islamic state created on the soil of India through Article 370 got dismantled, but the de facto Islamic state continues to hold fort. The same mindset that abandoned the Ikhwans and led a person like Kuka Parrey, who helped India recover Kashmir, be killed; once again allowed all the gains to be frittered away. An attempt to create an artificial ‘feel good’ narrative without dealing with the fundamentals was never going to work.

Right now, if there appears to be a revival in terrorism, it is squarely due to intelligence agencies-backed failed policies. “Naya Kashmir, Purane Chor” became the buzzword once tainted characters like Baseer Ahmed (who was an accused in CBI investigation in Roshni scam and now in a fake gun licence case) and Farooq Khan (whom Jaipur Dialogues has named as a triple talaq perpetrator) were the best that Delhi could find in the Valley to become advisors to the LG. Add the backroom manoeuvres to appease the Abdullahs and the Muftis and the cycle was complete. It was grotesque to watch the J&K administration defend the Roshni scam in the J&K High Court even after the Roshni Act was struck down.

Jammu is up in arms over the attempt to carry out delimitation on the basis of the flawed 2011 Census that has been challenged before the Delimitation Commission by every Jammu-based party, including the Congress and the BJP. That underscores the keenness of Delhi to appease the jihad and the jihadi of the Valley.

I have only delineated the bare minimum. I have dealt with many of these concepts in fair detail, particularly the nature of jihad and its enabling environment, and its enablers. Unless we go to the fundamentals and neutralise them, we will be in a self-defeating cycle forever.

This piece by Sanjay Dixit, a former IAS officer and a rage on social media, initially appeared in FirstPost.