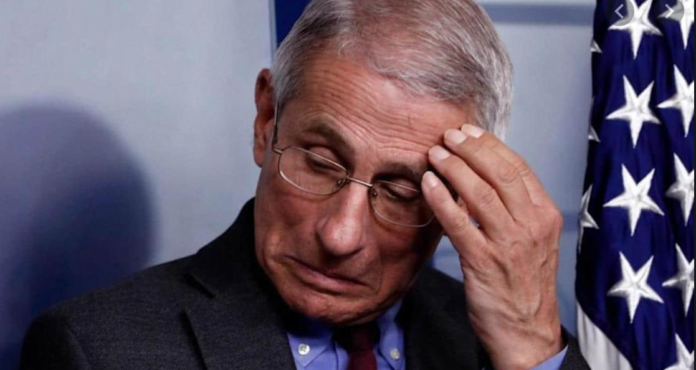 Amidst the ongoing controversy over the ‘Coronavirus lab leak’ hypothesis and the possible coverup, US immunologist Kristian G. Andersen has been forced to delete his Twitter account after his doublespeak on Covid-19 origins was exposed on the microblogging platform. The revelations were made by a popular Twitter user named Alex Berenson.

Andersen is a professor in the Department of Immunology and Microbiology at Scripps Research and has a close association with Dr. Anthony Fauci.

In an email transcript from January 31 last year, Andersen had informed Dr Fauci on the possibility of the Wuhan Coronavirus being engineered in a laboratory. “On a phylogenetic tree the virus looks totally normal and the close clustering with bats suggest that bats serve as the reservoir. The unusual features of the virus make up a really small part of the genome (<0.1%) so one has to look really closely at all the sequences to see that some of the features (potentially) look engineered,” the immunologist had said.

Andersen further emphasised, “I should mention that after discussions earlier today, Eddie, Bob, Mike, and myself all find the genome inconsistent with expectations from evolutionary theory. But we have to look at this much more closely, and there are still further analyses to be done, so those opinions could still change.” While the immunologist had hinted at the possibility of engineered virus in his email correspondence, he publicly dismissed all such possibilities.

A day earlier on January 30, 2020, junior US Senator (Arkansas) Tom Cotton had hinted at how Covid-19 might have leaked from a Chinese laboratory (referring to Wuhan Institute of Virology). He had tweeted, “We still don’t know where coronavirus originated. Could have been a market, a farm, a food processing company. I would note that Wuhan has China’s only biosafety level-four super laboratory that works with the world’s most deadly pathogens to include, yes, coronavirus.”

However, the following day (January 31, 2020), Andersen claimed that the analyses by Senator Tom Cotton were completely flawed and wrong. “Thanks for looping me in Tara (referring to epidemiologist Tara C Smith who had dismissed Covid-19 lab leak hypothesis). I only had a very quick look at the link but the analyses are completely flawed and wrong. They can safely be ignored,” Andersen had tweeted. As pointed out earlier, the immunologist had highlighted the possibility of ‘engineered virus in his private email correspondence with Dr. Fauci.

On being quizzed by netizens after the email transcripts were made publicly available, Kristian G Andersen was quick to delete the tweets that exposed his doublespeak. In his defence, the immunologist came up with a bizarre explanation. He alleged, “My old tweets auto-deletes.” Netizens were quick to point out that there was no feature in place which would facilitate auto-deletion of tweets. Embarrassed and stuck in his own trap of white lies, Andersen deleted his Twitter profile altogether.

In a debate on NewsX, Dr PSV Rao accused Dr Anthony Fauci of lying to the world about the true nature of the coronavirus. He pointed out the discrepancy between the assertions made by Dr Fauci in his leaked emails from February 2020 and the public remarks made by him then. In February 2020, Dr Fauci talked about the genome sequencing of the coronavirus, pointing out that the virus was not evolutionary. However, his email conversations from that time revealed that this was not the case.

Dr Rao further said, “In the month of Jan there were two other publications, one by Wuhan Doctors about the cases and another study by Hong Kong doctors who had gone to Wuhan and studied the disease. Both the research published are saying the same thing. A leading infectious disease expert, Kristian Andersen, emailed Dr Fauci that some of the features of the virus looked engineered. But he did not announce it in public. This reveals that Dr Fauci was already aware of the man-made nature of the virus but he did not inform the public about the same.”

(This is a reprint from OpIndia which is being taken with gratitude).

The Muslim takeover of Bengal: Hindus on the run on either side of border

(NEWSBRED: While our judiciary remains obsessed with Lakhimpur Kheri, and government with polls, there does appear a co-ordinated attempt from Islamists on either side...

Muslim Brotherhood is in India now: Beware, its fronts could be your “friends”!

Why Modi govt is on an overdrive to build dozens of tunnels in Himalayas?

Atrocity propaganda is very important in the 21st century warfare