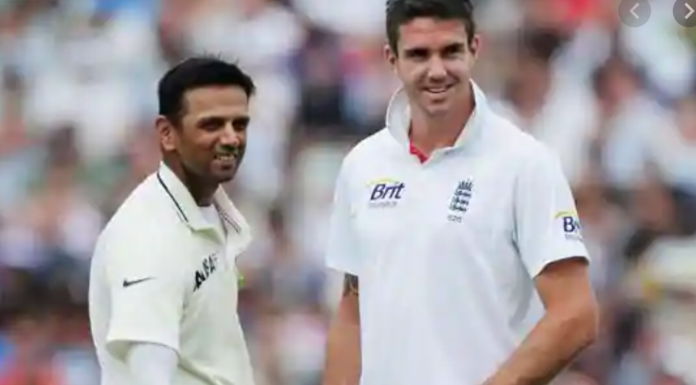 The England cricket team is currently touring Sri Lanka for a two-month Test series. The team has been performing well iand has even managed to win one test by 7 wickets. However, one thing that is creating trouble for the England team is their openers Dom Sibley and Zack Crawley who are struggling against Sri Lanka’s spinners.

Responding to this, former England captain Kevin Pietersen, on Saturday, took to Twitter and shared an email which was sent by none other than Rahul Dravid. Pietersen revealed how Dravid helped him play spin better.

Sharing two pages of the email sent to him by Dravid, Pietersen wrote on his Twitter handle: “Hey @englandcricket, print this and give it to Sibley & Crawley. They can call me to discuss it at length if they want.”

“Crawley & Sibley need to go find the email that Dravid sent me about playing spin. Changed my game,” he wrote in an earlier tweet.

To put it in context, in 2010, after the England batsman endured a poor Test series against Bangladesh, he reached out to Dravid for help who is renowned as one of the most technically sound batsmen of all times. The former India captain had shared a two-page long essay on how Pietersen should approach the spinners.

In his email, which was published in Pietersen’s 2014 autobiography, “KP: The Autobiography” Dravid had discussed how the England batsman should play spin.

“Against guys who bowled a bit quicker (and I grew up playing against Anil) I would look to go forward without committing or planting the front foot,” Dravid had written in the email.

Pietersen and Dravid have also played together for the Royal Challengers Bangalore in the IPL for two years – 2009 and 2010 – during which the two shared a close bond.