Dubai ruler’s ex-wife had affair with her bodyguard, claims report 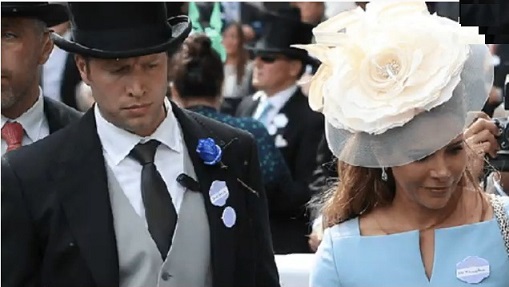 Princess Haya, daughter of the late King of Jordan and sixth wife of present Dubai ruler Sheikh Mohammed Al Maktoum, now divorced, was having a roaring affair with her bodyguard, Daily Mail has reported.

It’s reported that she paid around Rs 12 crore to her British bodyguard lover to keep quiet about their two-year-long affair. Further, she paid a similar amount to three other Dubai royal family bodyguards who came to know of the alleged affair.

The alleged lover, identified as Russell Flowes, was showered with luxurious items such as watch worth Rs 12 lkh and a vintage shogun worth around Rs 49 lakhs.

The secret affair was blown off after Princess Haya sought child-custody hearing against her husband in London’s High Court.

Flower serves in the Princess of Wales Royal Regiment for five years. He began working full time for the princess in 2016 and escorted her on many trips abroad.

After her clandestine affair was known to her husband, the princess fled to London along with her two children in 2018. She later won their custody. They now live in a house worth RS 850 crores in Kensington.