EC bans politicians from entering Cooch Behar for next three days; puts curbs on next phase 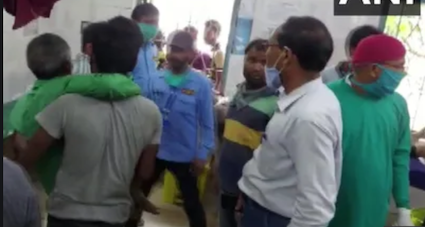 The Election Commission has put a ban on politicians entering West Bengal’s Cooch Behar district for the next three days following violence on Saturday in which four people died.

Besides, the “silence spell” for the next phase of voting in the state, the fifth phase due on April 17, has been extended to 72 hours.

It has put the spanner on chief minister Mamata Banerjee’s plan to visit the area on Sunday, where the clashes broke out today. The Trinamool Congress had planned to organise a black-badge protest across the state to make the incident.

Earlier on Saturday, clashes took place outside a polling station in Cooch Behar after a local mob attacked security forces over a misunderstanding.

The Election Commission said that the Central Industrial Security Force (CISF) had to open fire to “save their lives and government property like EVMs.”

Election Commission corroborated the statement of local superintendent of police who had said that the central security forces were trying to help a sick boy near the polling booth in Stiakluchi on Saturday morning when some locals took it for high-handedness of security personnel and gathered in force.

The CISF’s version is that the Quick Reaction Team (QRT) personnel and their vehicles were attacked, forcing the latter to act in self defence and it fired six rounds in the air to disperse the crowd. The mob returned after an hour and assaulted the home guard and also allegedly attempted to beat the polling staff on duty.

As per CISF, the mob then cornered CISF personnel following which seven rounds were fired at the mob. This resulted in 5-6 miscreants sustaining fatal injuries out of which some of them succumbed to their injuries.

Meanwhile the EC adjourned the poll in booth no. 126 based on the interim report from Special Observers.

Mamata Banerjee had a press conference during the day in Siliguri where she held Union home minister Amit Shah responsible for the day’s violence, asking for his regulation, slamming the EC. She also alleged that the Superintendent of police of the area, recently changed, favoured BJP.

Mamata claimed she would visit the victims’ home tomorrow and release compensation soon too.