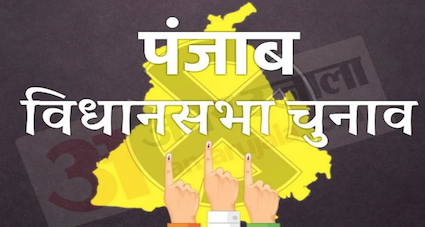 The Election Commission (EC) on Monday rescheduled the date of polling in Punjab to February 20. Earlier, it was to take place on February 14.  The polling body said the decision was taken after receiving multiple requests from political parties in view of Guru Ravidas Jayanti celebrations.

Lakhs of devotees will visit Varanasi in Uttar Pradesh to celebrate the Guru Ravidas Jayanti and parties feel that they would not be able to cast their votes due to this.

Sharing the official press release the election body informed, “After consideration of all facts made available, Election Commission has announced the 2022 General Elections to the Legislative Assembly of State of Punjab on 8th January 2022 under which notification for the election is to be issued on 21st January 2022 and poll is to take place on 14th February 2022.”

Guru Ravidas Jayanti celebrations, to be observed on February 16, 2022, might potentially entail the movement of a large number of devotees from Punjab to Varanasi from around a week before the day of celebration. Hence, sticking to the initial poll date “will deprive a large number of electors from voting”, the EC said

New dates for Punjab are in following manner

Counting of votes will take place on March 10