EC slams Trinamool on being blamed for Mamata ‘incident’ in Nandigram 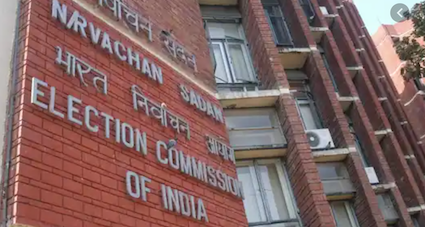 The Election Commission (EC) has come down hard on Trinamool Congress (TMC) for claiming that party supremo Mamata Banerjee, also the chief minister of West Bengal, was attacked only a day after the Police chief of the State had been removed at the behest of the Constitutional body.

“Who will take responsibility for the attack on Mamata Banerjee, when the EC is in charge of administration? EC has to take responsibility. The BJP is asking the EC to remove an official, and they are removing him,” said the Trinamool.

The Election Commission, was instantly dismissive of the insinuation: “It looks undignified to even respond to the allegations of all this being done at the behest of a particular political party”.

It said it was “completely incorrect” to suggest that it had taken over the law and order machinery in the state in the name of conducting elections and appropriated the whole governance structure.

The allegations virtually amounted to undermining the very foundation and fabric of the Constitution of India, said the powerful election body, asserting that the Commission “does not appropriate or take over the day to day governance of any state including West Bengal”.

The Trinamool memorandum was “full of insinuations” that questioned the “very basis of creation and functioning of the Election Commission”, said the panel.

The Election Commission had on Tuesday ordered the removal of Virendra as Director-General of Police and appointed P Nirajnayan in his place, over allegations of poll violence.

On Wednesday, Mamata Banerjee had been injured in an accident in Nandigram which was initially claimed by the chief minister as an “attack” on her but later, in a video released Thursday evening, was implied by her as an “accident.”