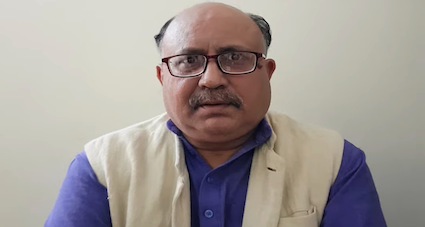 Freelance journalist, Rajeev Sharma, who has also written for major left-liberal publications such as The Quint, has been arrested by the Enforcement Directorate (ED) in connection with a money laundering case involving the alleged leak of sensitive information to Chinese intelligence.

Sharma has written several columns for the Chinese newspaper Global Times, the mouthpiece of the Communist Party of China for the last several years.

The investigation agency has secured his seven-day custody from a special court and said its probe found that 62-year-old Sharma “had supplied confidential and sensitive information to Chinese intelligence officers, in exchange for remuneration thereby compromising the security and national interests of India”.

ED has arrested Rajeev Sharma, a freelance journalist under PMLA on the charges of supplying confidential and sensitive information to Chinese Intelligence officers, in exchange for remuneration pic.twitter.com/qauHIsVIv2

“Apart from cash, huge transactions were made with various Chinese companies and some other trading companies in India which are being examined. These Chinese companies were acting as a conduit for the Chinese Intelligence agencies to provide remuneration for persons like Rajeev Sharma indulged in criminal activities. Rajeev Sharma also received money through benami bank accounts in order to conceal his involvement in criminal activities,” the ED statement said.

Last year in September also he was arrested by the special cell of the Delhi Police for selling Indian defence secrets to China. However,  as no charge sheet was filed against him in 60 days, he was granted bail by the Delhi High Court in December.