ED attaches Rs 4.2 cr of assets as skeletons tumble out of Deshmukh’s closet 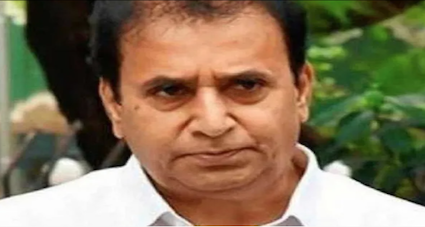 The Enforcement Directorate (ED) has attached immovable assets worth Rs 4.20 crore of former Maharashtra Home Minister Anil Deshmukh and his family in a corruption case under the Prevention of Money Laundering Act (PMLA) during the ongoing probe.

“The attached assets are in the form of one residential flat valued at Rs 1.54 crore, located at Worli, Mumbai, and 25 land parcels of book value Rs 2.67 crore, located at Dhutum village in Uran, Raigarh district of Maharashtra,” the probe agency was quoted.

“Further, with the help of Delhi-based dummy companies, Deshmukh family laundered the tainted money of Rs 4.18 Crore and projected it as untainted by showing the same as amount received in the Trust namely Shri Sai Shikshan Sanstha,” a release issued by the ED said.

The attached assets are in the name of his wife, Aarti Deshmukh, and the company Premier Port Links Private Limited.

Apart from that, Deshmukh has skipped at least three ED summonses for questioning. His son Hrishikesh and wife were also summoned by the federal probe agency, but they too refused to depose.

The ED is probing a criminal case under PMLA related to an alleged bribery-cum-extortion racket that had led to Deshmukh’s resignation as Maharashtra home minister in April this year. The agency initiated the investigation on the basis of an FIR under Section 120-B of IPC, 1860 and Section 7 of PC Act 1988 registered by CBI.