ED raids residences of PFI leaders in Kerala; some 26 locations in nine states 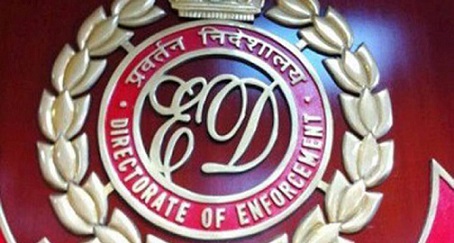 The Enforcement Directorate (ED) has conducted raids on residences of four Popular Front of India (PFI) leaders in Kerala. PFI national executive council member Karamana Ashraf Moulavi, chairman OMA Salam, PFI national secretary Nasaruddin Elamaram and another leader were among those whose premises were raided. Some reports said that ED is presently conducting raids at 26 locations in the country in nine states.

The PFI and its associate SDPI have remained on the radars of various investigation agencies for alleged recruitment for terrorism, forced conversions and anti-India activities. Incidentally, the PFI is also being investigated for its alleged role in funding anti-CAA protests in the beginning of this year. In January, the ED had submitted a note to the Union Home Ministry saying there were direct links between deposits/withdrawals of money from PFI accounts and anti-CAA demonstrations.

According to the ED note, an amount of Rs 1.04 crores was deposited in 15 bank accounts of PFI and Rehab India Foundation between December 2, 2019, and January 6, 2020. The amounts were deposited in small denominations of less than Rs 50,000 so that there was legally no binding on disclosure of the identity of the depositors, the note added.

There were several withdrawals from these accounts, and 90 withdrawals were made from a single account. “The money trail has proved beyond doubt that PFI has mobilised money to finance the cost of demonstration against CAA Bill till 06.01.2020,” the ED note said.