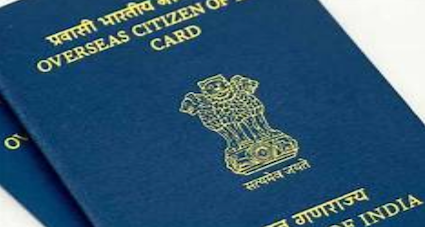 The Supreme Court passed an order to allow Overseas Citizens of India(OCI) candidates to participate in the NEET-UG 2021 counseling in the general category.

A bench of Justices S. Abdul Nazeer and Krishna Murari was hearing a challenge to the notification issued by the Ministry of Home Affairs directing OCI candidates to be treated on par with Non-Resident Indians (NRIs) for NEET.

Strangely, the court equated the case of OCI candidates with Citizenship Amendment Act (CAA). The bench said that if the central government can bring non-citizen from neighbouring countries to India and grant them citizenship under the CAA, then these OCIs are very much Indians.

However, The government, represented by Additional Solicitor General Aishwarya Bhati, argued, saying OCIs were “foreigners” who had pledged allegiance to a foreign state. Allowing them to participate in the general category meant taking a chunk of the seats away from young Indian citizens who aspired to study medicine and work as doctors in India.

Bhati further added that there was a very high possibility that OCIs would use India’s scarce medical education resources and then return to their countries with their degrees.

“In every way they have a lesser threshold to become Indian citizens. They just need to be here for 12 months before being recognised as full citizens… Why did they [petitioners] not do it? Why don’t they come like that and act on par with Indian citizens if they want to compete in the general category? So, the crux of their issue is the fact that they have to pay higher fee for NRI seats,” Bhati argued.

Later on, the Court, on Bhati’s insistence, clarified that the order allowing the OCIs to compete in the general category was confined to the 2021-2022 academic year alone.