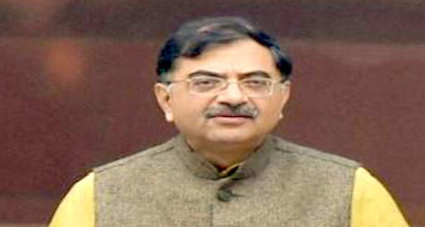 A former Member of Parliament from Bharatiya Janata Party (BJP), Tarun Vijay has highlighted the instances of Twitter’s “bias” and “arbitrariness” in an article which he ends by saying that the Social Media giant is seeking a parallel

The article begins by quoting the instance of Twitter’s ban on the then US president Donald Trump’s account to which German Chancellor Angela Merkel worried with the words that the “ban came without much transparency or clear due process, from the leadership of social media companies and not according to legal intervention.”

Then there is the instance of former Malaysian PM Mahathir Mohammad’s controversial tweet that “Muslims have a right to be angry and to kill French people.” It led to an uproar by Twitter initially allowed the tweet to stay “in the public interest,” the writer claims.

France then insisted on the suspension of the Malaysian PM’s account. “If not, Twitter would be an accomplice to murder,” France’s junior digital affairs minister said.

It was then that Twitter removed the tweet, saying that it violated the platform’s rules. However, Mahatir’s account was still not suspended.No apology was given by Mahathir.

Vijay then mentions the twitter account of Amul Cooperative (@Amul-Coop) “for uploading two beautiful and strong banners—one showing the famous Amul girl standing up to the Chinese with the caption “Chinee Kim Karo” and the other in which she is seen resisting the mythical Chinese dragon with the caption “Resist the Dragon.”

“A day later, probably seeing the mood of the people on social media, Twitter silently restored the Amul account without offering any apology, or giving any reason as to why the account was blocked in the first place,” wrote Tarun Vijay.

Vijay then mentioned a few other instances: Like the blocking of “trueindology” account for uploading a quote taken from a book published by the Indian Council of Historical Research (ICHR).

He also mentioned suspension of accounts of Lt Governor of J & K Manoj Sinha and famed actress Kangana Ranaut, not to say declaring the tweets of BJP leaders’ as “manipulated media.” “Further, it was silent on fake pictures and news on Covid victims showing dead bodies floating in Ganga from 2015 and ignoring tweets spreading communal hatred against Hindus,” wrote Vijay.

Vijay ends his pile by saying should independent sovereign cyber republics defy our Constitution? He also asked for local data storage of all Indian citizens be made mandatory by law/statute as Australia has done it.