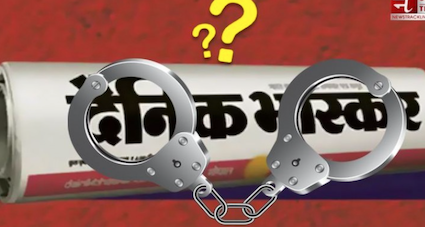 While the Opposition continues to paint the Income Tax raids on Dainik Bhaskar group for their alleged wrongdoings as an attack on freedom of speech, the ex-Dainik Bhaskar editor, LN Shital, took to social media platform and hits at the media house for being involved in ‘illegal activity.’

Shital took to his Facebook account and posted, “Media is not a holy cow, which is somehow immune from being probed. The crackdown on the ‘Bhaskar group’ by the IT Department and ED (Enforcement Directorate) has been dubbed as an attack on independent media. It is being said that the government is miffed with the anti-establishment reportage of Dainik Bhaskar and wanted to intimidate other media houses. Those who say this must remember that no newspaper or media channel is a ‘holy cow’ with innate immunity.”

He further pointed out that everyone is aware of how media houses run an illegal business. He alleged that Dainik Bhaskar is at the forefront in doing such activities. He accused the Bhaskar group of working with builders and merchants and making money out of acquiring govt land at cheaper rates and then selling it at higher prices.

Government sources have also mentioned that the raids on media houses are related to “huge tax evasion” and “bogus expenses and purchases using shell entities.”

“Media is an industry. Why can’t it be raided like other industries? But whenever such a thing happens, some cry that the government is carrying out an act of vengeance,” he added.

Shital said if the Bhaskar group hasn’t done anything wrong or didn’t evade the taxes, “Then it can shake the Parliament with the help of the opposition. It can hire the most expensive lawyers and keep its point of view before the Supreme Court of India. It can manipulate its large reader base and determine election outcomes. When they have the power to do so much, what can IT Department or ED do to them?”