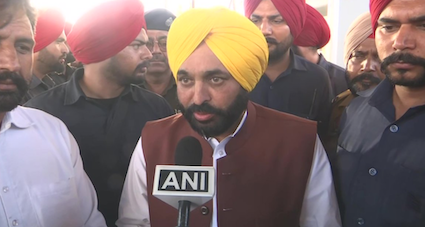 Most former ministers and MLAs in Punjab would lose their security. Such is the resolve of new AAP government in Punjab for which its chief minister designate Bhagwant Singh Mann would shortly take the oath.

As per reprots, Mann issued the order on Saturday according to which the security of all Congress and Akali Dal leaders have been withdrawn. As many as 122 former ministers and MLAs would lose the security cover.

The Badal family and former CMs Captain Amarinder Singh and Charanjit Singh Channi are exceptions to this order as they have been provided the security on the instructions of the Union Home Ministry.

Talking about the decision, Mann said that “the security of the people of Punjab is more important than the security of few people”. He said that police stations are lying vacant due to security provided to VIPs.

As for his oath-taking ceremony, Mann said:   “I met the Governor, handed over the letter of support from our MLAs, and staked claim to form the Government. He told me to tell him wherever we wanted to hold the swearing-in ceremony. It’ll be held at the native village of Bhagat Singh, Khatkar Kalan at 12.30 pm on March 16.”