Excuse me Ms Malala, not a tear for your beloved Afghanistan? 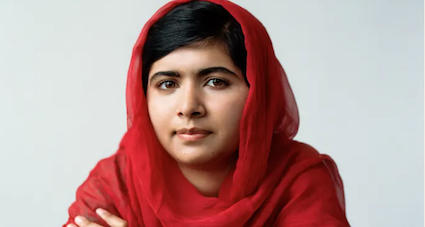 Malala Yousafzai, whom even “bullets couldn’t silence,” has turned a blind eye towards the atrocities of the Taliban in Afghanistan. The Nobel Laureate who is the face of the ‘signature feminists’ movements across the world, has been tight-lipped about how the Taliban have severely restricted the rights of Afghan women and girls in areas they have seized.

Malala seems to be unbothered by what’s transpiring in the nation neighbouring her home country as she is yet to raise her voice, fearing that she could face severe backlash within her own country.

Notably, Malala is quite active on her social media platform including Twitter, and her last tweet, posted on July 28, 2021, even talks about the women’s movements around the world but then also she fails to even acknowledge the fact that the Taliban is sweeping city after city, imposing harsh Islamic rule in Afghanistan.

In 2014 the main principle on the basis of which she received the Nobel Prize was her voice that she rose for the cause of women and children. However, her silence shows her hypocrisy and selectivity in condemning human rights abuses. It seems like her activism only extends up to the United Nations stage and not the actual ground.

People like her would raise their voice from the international platforms, but would dig their heads inside sand when hit by reality.

Meanwhile, the Taliban have seized Afghanistan’s second-and third-biggest cities Kandahar and Herat as resistance from government forces failed, stoking fears that an assault on the capital Kabul could be just days away. With every passing day, the important cities of Afghanistan have been falling into the hands of the Taliban. The insurgents now hold some two-thirds of the nation.

Thousands of Afghans have fled their homes amid fears the Taliban will again impose a brutal, repressive government, all but eliminating women’s rights and conducting public amputations, stonings and executions.