Facebook saga: Congress is black and blue as BJP unleashes a flurry of punches 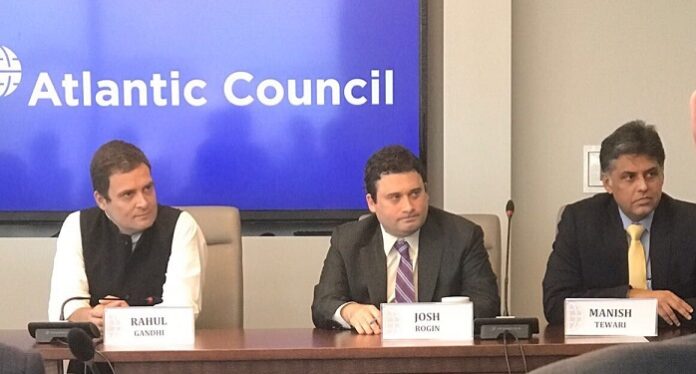 Facebook is in news for “helping out” Bharatiya Janata Party (BJP) in India. The latter, on the other hand, is citing instances where Facebook is seen to be in bed with the Indian National Congress. Who do you think is winning this slugfest?

All Congress party has been able to show thus far is a Wall Street Journal (WSJ) report which quotes some unnamed sources who claim that its policy head Ankhi Das was helping out BJP and its Social Media influencers. But for this, there is only frothing and foaming from both sides of the mouth by the opposition. Shashi Tharoor, for instance, has his pants on fire (nothing unusual for the charming lad but this one isn’t a playful matter). Randeep Surjewala is chewing his words like only Karan Thapar could do (their digestive tracks have long seen a doctor).

All they have managed to do is to stir up a hornet’s nest, that is BJP. It’s intrepid IT cell head Amit Malviya first penned an edit for Times of India where he listed the men who were earlier with Congress/opposition and now are on Facebook’s payroll. There of course is mention in the piece of Congress’ links with Cambridge Analytica, the company peeking into Facebook’s inner data and algorithm centre, which is accused of influencing political elections around the world. Then there is one Atlantic Council which “collaborates” with Facebook and has Congress’ Manish Tewari, former Information and Broadcasting Minister under UPA, on its board.

Malviya doesn’t seem to rest on his laurels. A few swings of axes don’t satisfy him. He seems intent to bring the whole house of lies down. So here he is, on Thursday evening, writing a string of tweets, where he posts a letter by Manish Tewari, asking Facebook to “get in touch with his senior policy advisor, Bharat Gopalaswamy in USA” in case they need any assistance or clarification.

Malviya raises another interesting aspect to this hobnobbing: “Can Indian MPs hire lobbyists in US masquerading as advisors”? How are these “alliances” and “services” above board if they have access to Facebook’s management to influence the political process in India?

Malviya explains in his thread that even legal experts in the US opine that the tight relationship between US think tanks and its overseas sponsors are violation of Foreign Agents Registration Act. But Congress party in India apparently don’t suffer from such ethical qualms.

Malviya doesn’t fail to point out that Facebook had purged a large number of pages last year. The ratio of such measures was 1:10, if the hit in Congress and BJP camps were to be weighed on the same scale.

The challenger to the champion in the ring is presently having a hiding in front of full gallery. In a rush to attack BJP, it would appear Congress has dropped its guard. And punches are coming in in a flurry. The face is all black and blue.