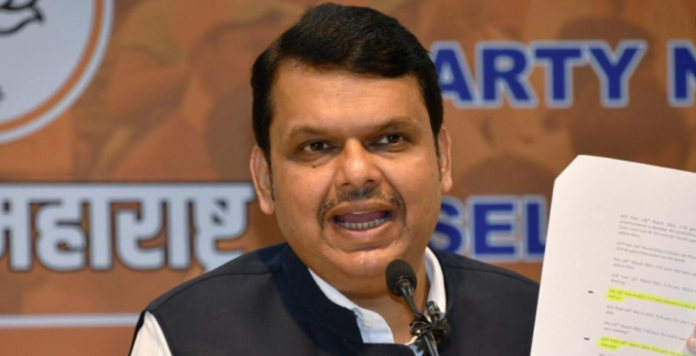 In a massive development, leader of Opposition in Maharashtra Assembly and former Chief Minister Devendra Fadnavis has sought time from Union Home Secretary Ajay Kumar Bhalla to hand him over 6.3 GB of phone-recordings and documents about alleged transfer posting racket of IPS and non-IPS officers of Maharashtra Police allegedly on the instructions of Anil Deshmukh, along the lines of what Param Bir Singh has alleged in his plea to the Supreme Court where he has sought a CBI inquiry into his former superior Deshmukh’s alleged misdeeds.

Fadnavis informed that all of these phone calls were recorded by the Commissioner of Intelligence Rashmi Shukla with due permission from the state government but despite the submission of the report to Chief Minister Uddhav Thackeray in August 2020, no action was taken on the report.

Addressing the press conference, Fadnavis claimed that junior officers in the police force were being advanced or promoted and those at significant posts were being transferred on the directions of the state Home Minister in a grievous abuse of power.

“This MVA Govt did not take any action on these severe and sensitive allegations. Instead, it transferred the intelligence Commissioner. All officials mentioned in these transcripts got the same postings. I am going to Delhi to meet the Union Home Secretary for this today,” Fadnavis said, adding that he wouldn’t make them public as they are sensitive.