Farmers threaten to put Delhi under siege on December 8; No toll collection 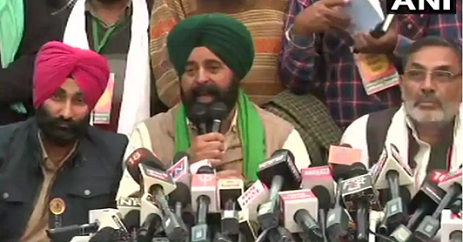 Agitating farmers have threatened that all entries and exits of the Capital would be blocked on December 8, the day when they have given call for a Bharat Bandh.

Bharatiya Kisan Union general secretary Harinder Singh Lakhowal announced so on Friday even as farmers’ representatives are due to meet the Union ministers on December 5 to break the deadlock, the third meeting in the last one week.

It does paint a bleak picture of any breakthrough in the negotiations since farmers first announced they would burn effigies on December 5 and then has come this call to Bharat Bandh on December 8 when they wish to put Delhi under a siege.

“We see the government agreeing to our demands on Minimum Support Price (MSP), electricity and penalties for stubble burning but we won’t stop till the laws are repealed,” said Satnam Singh Ajnala, president of the Jamhoori Kisan Sabha, Punjab to NDTV.

Besides, the farmers are also determined that on that day the government would be prevented from collecting toll.

The Centre is being represented by Union agriculture minister Narendra Singh Tomar, assisted by commerce and food minister Piyush Goyal and minister of state for commerce Som Raj.

According to farmers, the laws passed in September can harm them and give more powers to big corporations. They have demanded that their produce be purchased on Minimum Support Price (MSP). The government says that the new farm laws do not remove the MSP clause but deadlock persists in the parleys.