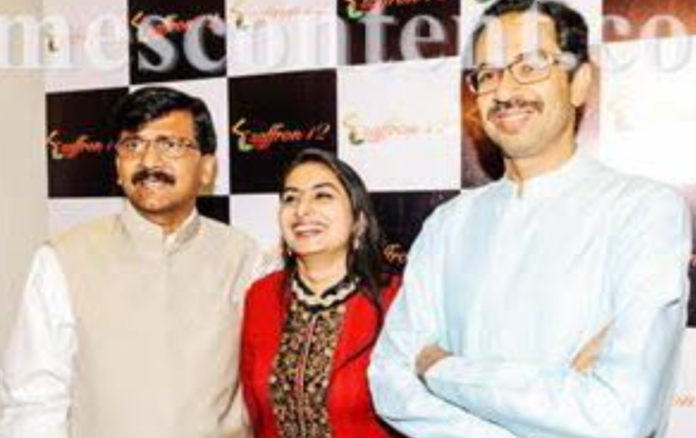 Dr Swapna Patker, a film producer, has written a letter to prime minister Narendra Modi, alleging harassment, torture and abuse by Shiv Sena MP Sanjay Raut, and feared that she could meet the fate of Mansukh Hiren.

Patker, who produced a biopic on Shivsena founder Balasaheb Thackeray, “Balkadu” in her letter has appealed for justice and security. She wants an urgent intervention as her complaints have not been paid heed to by police, chief minister Uddhav Thackeray, ex-home minister Anil Deshmukh and others officials of Maharashtra as the “perpetrator” has a stronghold in the political party.

Further, Dr Swapna claimed that she met NCP leader Supriya Sule and narrated her ordeal but that only made things worse for her.

Speaking to OpIndia, Dr Swapna, who also is owner of Dream and Happiness Wellness Centre, said that Raut has made multiple attempts to malign her character, defame and wreck her professional life. That she was threatened of being slapped with a prostitution case. That she has been a victim of vulgar abuses over phone calls, including vulgar video calls.

As per Dr. Swapna, she used to write columns for “Saamna”, the mouthpiece of Shiv Sena, with Sanjay Raut being the editor, between 2009-2014. She also took care of some of Raut’s Rajya Sabha work, she claimed. However, when she wanted to return to her profession, Dr Swapna alleged, Sanjay Raut wasn’t happy and started to heckle, harass and torture here.

In her letter, Dr. Swapna has claimed that she was attacked physically in 2013 and multiple false cases have been registered against her. Her family and friends have been tortured for the past eight years yet not action has been taken by the police department. She claimed that relatives were once called and assaulted in Shiv Sena Bhavan.

Dr Swapna claimed that retired ACP and encounter specialist Praful Bhosle called her multiple times in 2014 and harassed in a false extortion case filed by Sanjay Raut. However, once Dr Swapna informed the cop that she would visit the police station only after she received a written official order, and the accuser takes up the matter legally, the issue was settled.

In her desperation, Dr Swapna has tagged dozens of people in her tweet (see below) and has claimed that she has long sought justice, informed of her trauma in multiple complaints with the police, NCW and National Human Right Commission, besides a writ petition in the Mumbai High Court.