‘Financial oil fraud’ by Manmohan’s UPA would hurt us, the present tax-payers, till 2026 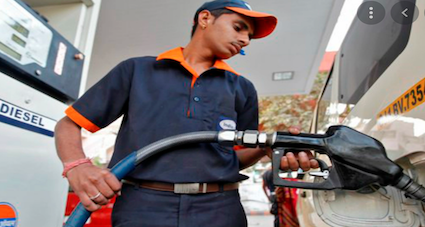 We the present tax payers would be paying for the “financial fraud” indulged by the UPA government (2004-2014) of Manmohan Singh to the tune of Rs 1.30 lakh crores to oil companies starting this year till 2026.

This year’s tranche works out to be Rs 10,000 crores because the UPA governments chose to make up for the loss of oil companies by providing them with “oil bonds” so that the prices of petrol and diesel on consumers remained subsidized despite its rising prices and against sound economics.

These “oil bands” are interest bearing, having a fixed coupon rate and paid on a half-yearly basis. The Rs 10,000 crore of payment due this year though has been provided for in the budget.

The increased prices of petrol and diesel is a legacy of UPA’s mismanagement.

We are paying for the oil bonds that will come up for redemption starting FY2021 till 26, which were issued by UPA to oil companies for not increasing retail prices then!

“In normal circumstances, the subsidy is treated as revenue expenditure and, thus, forms a part of the budget. By issuing these bonds, the subsidy was treated as an off-budget item, and so the revenue deficit was reduced,” a source told the NDTV.

“Effectively, the managers of the economy — the government concerned, the bureaucrats, the economic advisors, the governors of the Reserve Bank of India, etc — were all involved…” sources said.

“They also allowed the government of the time to pass on the responsibility to the government that would follow. Hence, the non-politicians have done a very serious dereliction of their duties…” they said.