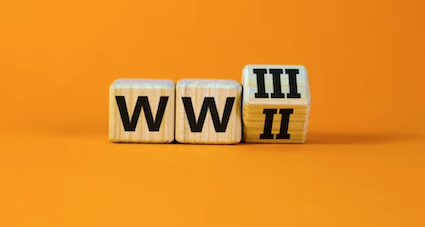 Finland, which expressed the wish to join NATO.

Immanuel Macron immediately reacted, let’s say, with enthusiasm: “The President of the Republic has indicated that France fully supports the sovereign choice to quickly join NATO” .

Incidentally, it suits him well to speak of “sovereign choice” at the very moment when he applauds with both hands the idea of abandoning the rule of unanimity within the European Union, which will have the consequence of weaken what remains to France of its sovereignty.

And now, therefore, Finland, which says it is ready to give up its neutrality to join this colossal machine that is NATO in order to strengthen its security. But also a membership that “would strengthen the alliance as a whole”. This was affirmed by the President and the Prime Minister of Finland. A

dmittedly, Finland is a small country (5.5 million inhabitants), but it is 1,300 kilometers of common border with Russia. As an indication, Helsinki, capital of this independent state since 1917, is less than 400 kilometers from Saint Petersburg.

Admittedly, Finland has already been a member of the European Union since 1995. But, it seems, the European Union is not a warlike alliance. Admittedly, NATO is a defensive alliance and therefore does not threaten Russia with an invasion. This is why, moreover, it intervened in Afghanistan and in Libya… Of course, the Russians are the bad guys and the Ukrainians are the good guys. Certainly…

But let’s take a risk, that of being seen as an agent of Russia – because today, in the atmosphere of pre-war hysteria, to voice a caveat about the beautiful pro-Ukrainian harmony is to graze the court martial – let us therefore take a risk, that of putting ourselves in Russia’s shoes, without however excusing its aggression against Ukraine.

Since the fall of the Soviet Union and communism, NATO’s borders have steadily moved closer to Russia. The disappearance of the Warsaw Pact was not followed by that of NATO. On the contrary. Estonia, Lithuania, Latvia, Poland, Czechia, Slovakia, Hungary, Romania, Bulgaria – former satellites of the USSR – have even joined NATO.

Today, Ukraine forming a sort of “screen” between the NATO empire and the Muscovite empire. Finland’s entry into NATO would therefore not be insignificant. And being satisfied, as Macron does, with a “sovereign choice” of Finland can only be worrying.

It can only be worrying because this membership project contributes to this escalation towards war. The war, the real one, the one that the technicians of the thing qualify as “high intensity”. Translate: the one who kills by the hundreds and thousands, not avatars of an ixth video game, but young people – because it is young people and not old people who have been waging war since the dawn of time.

France may have become accustomed to these ceremonies presided over by the chief of the armies at the Invalides to pay tribute to these kids from France, who died “far from home”. France is used to seeing, covered with the tricolor flag, one, two, ten coffins (Uzbin, 2018). But when it will be by the hundreds? Because that’s what ‘high intensity’ combat means.

In April, Ouest France evoked, for Russia, more than 1,000 Russian soldiers killed, adding that “some Western sources go up to 12,000 dead” . It is obvious that if France were to be embroiled in a war, the losses would be out of the ordinary with what it has suffered so far in the OPEX (external operations) of recent decades. You must be aware.

Be aware of it. However, what does Henri Guaino tell us, in a high-level column published in Le Figaro , on May 12? That “we walk towards war like sleepwalkers” . The former adviser to Nicolas Sarkozy also draws a parallel with the situation in 1914. Admittedly, very different circumstances, but this same gearing, this same blindness, this same headlong rush.

I will add: this same ignorance of the reality of war. Yes, because how many of our “political leaders” go to war have a son or a daughter in uniform, ready to sacrifice their lives? It would still be necessary, you will tell me, to have sons and daughters…

(This piece is taken from The Voltaire with gratitude.)