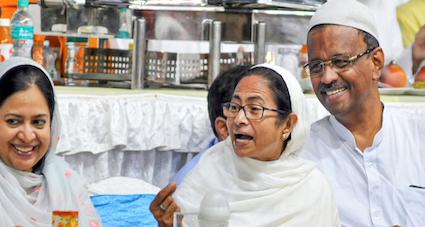 An undated video has surfaced where a former mayor Kolkata, and presently a leader of Trinamool Congress, Firhad Hakim, is heard calling BJP and Central Industrial Security Force personnel “progeny of pigs.”

Firhad Hakim is also heard saying: “Where will you go? Thrash them. Beat the progeny of pigs.”

“They brought the CISF (Central Industrial Security Forces), Rail police and shooed away my mason. Let the elections get over. Then, our Central Investigation Department (CID) will take action against the ‘progeny of pigs’ CISF,” the TMC minister was seen telling his followers and the general public.

Firhad has often been in news for wrong reasons. He one called a Muslim-dominated area of Kolkata as “Mini-Pakistan.” He delivered a political speech at a masjid in Kolkata in February which is a violation of the Model Code of Conduct.