Four PFI men, on way to Hathras, held in Mathura by UP police 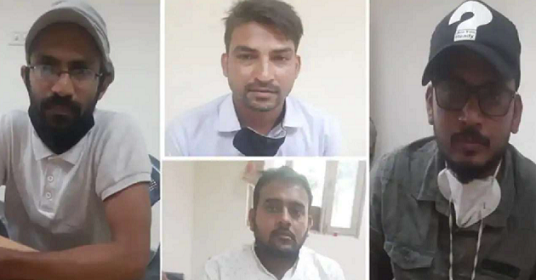 Four men, allegedly of Popular Front of India (PFI), were apprehended while on their way to Hathras by the UP police in Mathura district yesterday.

The four men—Atiq-ur-Rehman, Siddique, Masood Ahmed and Alam—were stopped at a toll after police acted on a tip-off that some “suspicious men were on their way to Hathras from Delhi.

Their mobile phones, a laptop and some literature have been seized which the police said, in an official statement, “could have an impact on peace and law and order in the state.”

The police claimed that the men revealed they had links with the PFI as well as its associate organization Campus Front of India (CFI).

The Yogi Adityanath government has maintained lately that the Hathras incident was given a communal air and as per intelligence inputs the idea was the create a George Floyd moment in India which led to massive riots across the United States in recent times.

Nineteen FIRs have been lodged across the state over the Hathras incident.

On Sunday, the Chief Minister, apparently targeting the opposition parties that have been holding protests over the issue, tweeted: “Those who do not like development, they want to incite ethnic and communal riots.”