Fresh twist to reported meeting between Shah and Pawar 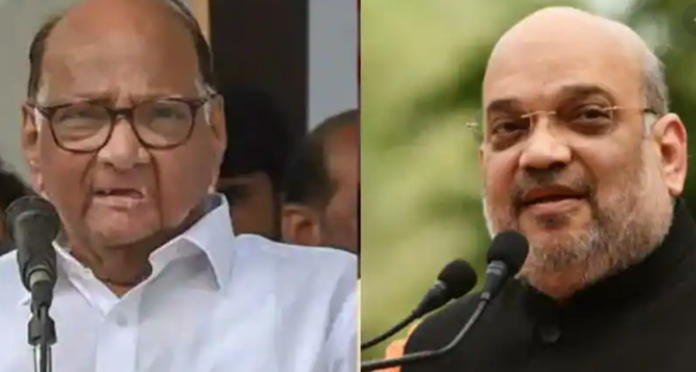 Even though the NCP has denied a meeting between their president Sharad Pawar and Union home minister Amit Shah, the Bharatiya Janata Party is fuelling the speculation. Maharashtra BJP president Chandrakant Patil has added a twist to the entire story.

He suggested that such a meeting could have taken place but there was nothing unusual about such a meeting. Terming the development as “country’s culture” to ‘meet with other political leaders,’ Patil said that such meetings are commonplace.

“The Shah and Pawar meeting is nothing unusual. It would be like any other meeting which routinely takes place between two political leaders,” Patil said. “A meeting does not necessarily have to be to discuss politics. It can go beyond politics.”

Earlier Shah’s ambiguous remarks that “not all things need to be made public” had also intensified the speculation happening about the meeting.

The claims around the meeting started after it came to light that Shah and Pawar were present in Ahmedabad on the same days last week, along with NCP’s Praful Patel.

The meeting between the two leaders reportedly took place amid the tension broiled in the Maha Vikas Aghadi government in Maharashtra. The alliance has been hit by a chain of events that began with a security scare outside the home of industrialist Mukesh Ambani and leading to accusations of corruption by former police commissioner Param Bir Singh against Home Minister Anil Deshmukh. In fact, even a transfer racket allegedly involving politicians has also surfaced.