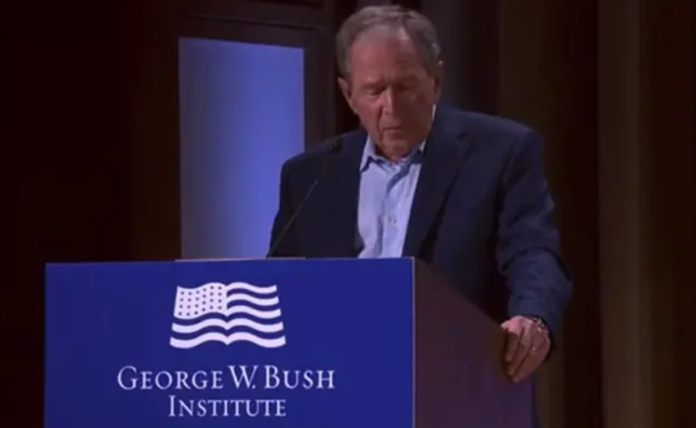 Former US President George W Bush has made quite an embarrassing fumble while referring to Russian President Vladimir Putin’s decision to invade Ukraine. During a speech at Dallas, US, he mistakenly denounced the “wholly unjustified invasion of Iraq”, instead of Ukraine.

It was under his administration, in 2003, that the US forces had invaded Iraq.

The major slip-up led to a stunned silence among the audience as the former president realised his error and blamed it on his age.

“The decision of one man to launch a wholly unjustified and brutal invasion of Iraq,” the former US President Bush said before pausing for a moment. “I mean, of Ukraine… I am 75,” Mr Bush is heard saying in a video that has now gone viral. As he corrects himself, the audience burst into laughter.

Some social media users just couldn’t believe what they were listening to.

“Honestly, the best part is when he shrugged and muttered, “well, Iraq too” under his breath afterwards. That’s a commitment to the flub,” a Twitter user said.

A person said that this video is set to be played over and over again for decades.