From Khans to Karan Johar to Farhan, all go to court against Republic, Times Now 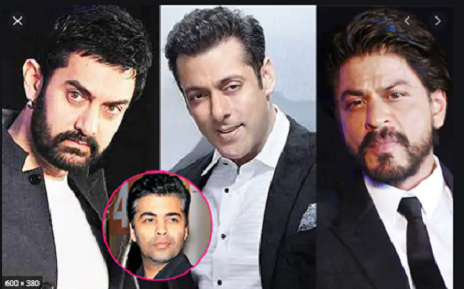 Who says that Bollywood is closed? The biggest blockbuster in the town is just unrolling. Leading names in the Hindi film industry—you name them, they are there—have filed a lawsuit in the Delhi High Court against Republic TV and Times Now.

The who’s who of Bollywood—Aamir Khan, Salman Khan, Shah Rukh Khan, Ajay Devgan, Karan Johar, Farhan Akhtar, Aditya Chopra—have joined hands in what they feel is besmirching the good name of Bollywood by calling it “dirt”, “filth”, “scum” and “druggies” used over past few months.

All of them have knocked at the courts of law not as an actor but interestingly as producers. They have objected to provocative expressions like “All the perfumes of Arabia cannot take away the stench and the stink of this filth and scum of the underbelly of Bollywood.” Further, “this is the dirtiest industry in the country”; and “Cocaine-and LSD-drenched Bollywood,” has got them terribly upset.

Since Sushant Singh Rajput died on June 24, the skeletons, so to speak, have started tumbling not just related to the young star’s death but also to usage of drugs in the film industry. Media scrutiny has been intense.

The producers want not just the channels but also social media platforms must “refrain from making or publishing irresponsible, derogatory and defamatory remarks against Bollywood and its members. They also want that media trials and infringing upon the privacy of members of the film industry must stop.

As for Sushant Singh Rajput centred coverage, the producers want the court to stop reportage that violates the law. They want the channels must “withdraw, recall and take down all the defamatory content published by them against Bollywood.”

The film industry relies on acceptance and goodwill of the audience. This smear campaign could hurt the livelihood of many. As it is the ongoing pandemic has caused extreme loss of revenues and work opportunity. The privacy of the Bollywood members is being invaded and the reputation being irreparably damaged by painting the entire Bollywood as criminals seeped in drug culture, the producers have said.

“These defendants are conducting and publishing parallel private ‘investigations’ and effectively acting as ‘courts’ to condemn persons connected with Bollywood as guilty based on what they claim is ‘evidence’ found by them, thereby trying to make a mockery of the criminal justice system,” said the petitioners.