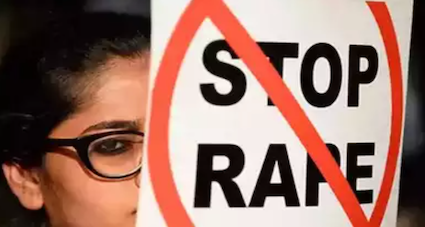 On Thursday, the Haridwar Police arrested five persons who had allegedly gang raped a 35-year-old woman and her 5-year-old daughter in a moving car in Roorkee. The Police said that all the give accused have been arrested including the main perpetrator within 6 days of the crime.

According to the reports, the main accused have been identified to be associated with Rakesh Tikait led faction of Bharatiya Kisan Union (BKU).

BKU leaders Subodh Kakran and Vicky Tomar were among the main accused who were arrested by the Police later today.

Subodh is the President of Saharanpur Mandal and Vicky is the Mandal vice-president of the main body.

The heinous incident of gang rape took place on Friday night when the minor girl and her mother were heading to Roorkee from Kaliyar. The woman and her daughter were raped by four men after the duo took lift in a car on the Kaliyar-Roorkee Road. Both the victims were then dumped in a secluded place near the Ganga Canal stretch and the car fled away from the spot.

According to the reports, the mother and her daughter were immediately shifted to the hospital, and the Police were informed. The mother reportedly earns through begging and lives in a shelter home. While the identity of BKU leaders Subodh and Vicky has been revealed, the victim who is being treated at a hospital has identified another accused as Mehek Singh aka Sonu.

Reports mention that Sonu had offered to help the woman victim and her daughter to drop them at their destination at Kaliyar. He deceptively took them to a place where there were no people around. He then tried to molest them. Later a white car arrived at the spot and took away the mother and her victim daughter. Sonu during the Police investigation confirmed the trail of incidents and added that the white car had a flag on its bonnet which represented some union.

The Police earlier had registered a case under Section 376 (rape) of the Indian Penal Code and relevant sections of the Protection of Children against Sexual Offences (POCSO) Act.

The Police had also released the image of the suspect and had announced a reward of Rs 10,000 for anyone who would give provide the information on the accused.

Also, the National Commission for Women had taken suo-moto cognizance of the incident and had formed a three-member fact-finding team to look into the matter. The Commission had reprimanded the Police and their inability to arrest the culprits.

Reportedly, the Haridwar Police on June 30 arrested all the five accused including Sonu, Subodh Kakran and Vicky Tomar. Reports mention that the Bharatiya Kisan Union, taking the cognizance of the incident has terminated the membership of its two accused leaders named Subodh and Tomar.