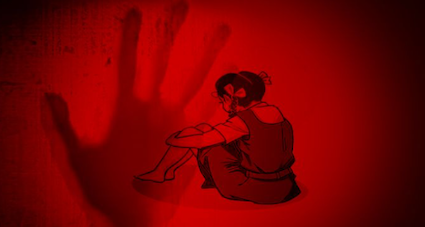 In yet another shocking incident in West Bengal, a Bharatiya Janata Party supporter’s wife was allegedly gang-raped on Saturday by five men in Amta in the Bagnan Vidhan Sabha constituency in the Howrah district.

As per a report, the BJP worker wasn’t home and had gone to Kolkata. The accused men knew that his wife underwent a cerebral stroke a few days ago and had lost the ability to speak. Sensing the opportunity, they barged into the house and gang-raped his wife.

The husband of the woman lodged the FIR against five accused alleging they were “Trinamool (Congress) goons”.  Highlighting Bengal’s worsening law-and-order situation, the report mentioned that even the police officials refused to register the FIR against them. Later when local BJP leaders intervened, a case was registered against the miscreants at Uluberia Ladies Police Station.

The police upon investigation arrested TMC leaders Qutubuddin Mallick and Debashish Rana. The remaining 3 miscreants Shahid, Joynal Mallick and Mahabul Mallick. are still on the run from the law enforcement authorities.

Narrating the incident, the victim’s husband informed the media network that he went to Kolkata for some work and had left his youngest son and wife at home. He further added, “At around 12, the miscreants called her from outside the house. She mistook them for me and opened the door. They then caught hold of her by her and sexually tortured her. This is the handiwork of those who are in charge of the TMC.”