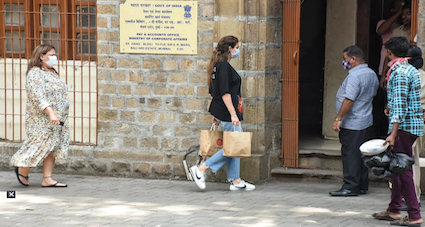 However, the NCB is learnt to have disallowed her pleas on “security grounds”, just as they have refused to permit the other accused the luxury of home-cooked food in the lockup after they were picked up from the luxury ship.

Nevertheless, Aryan has been treated with street food like “puri-bhaji, dal-chawal, sabzi-parathas” from roadside stalls, plus plates of biryani or pulao from a nearby restaurant

Aryan, it is learnt, has also told NCB that his father Shah Rukh Khan remains so busy that occasionally, he needs an appointment just to meet him.