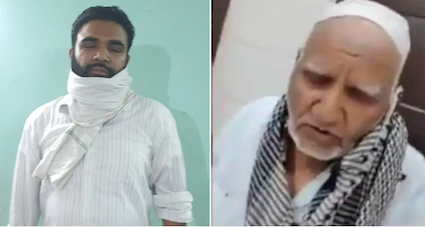 Karnataka High Court, in its order against the plea filed by Twitter India managing director Manish Maheshwari challenging a notice issued to him by the Uttar Pradesh Police in connection with a clipping of an alleged hate crime that went viral on social media in June, stated that a doctored video was shared with the sole intention of bringing communal disharmony.

The court noted, “The assailants were a mix of both the Hindu-Muslim community; thus, there was no coercion to chant either Jai Shree Ram or Vande Mataram as they were unhappy with his amulets distributed by him.”

“That the doctored video was immediately taken up by some of the accused with the sole intention of bringing communal disharmony. That accused-1,2,3,5,6,7 have retweeted the tweet knowing fully well that it is false news,” it added further.

The court also pointed out that despite the clarification from Uttar Pradesh police on the matter, the accused who posted the video didn’t take it down and continued to encourage the communal angle and increased tension further.

The Court also came down heavily on Twitter for their noncooperation in the matter. The court noted that while Twitter India has not appointed Manish as managing director but as a representative of the Twitter, he was bound to cooperate in the investigation.

The court said in its order that Maheshwari not only has to cooperate in the investigation if the Police feel there is a need to arrest him, but they can also arrest Maheshwari for further investigation and questioning.