Ghulam Nabi Azad: Congress could sit in Opposition for next 50 years 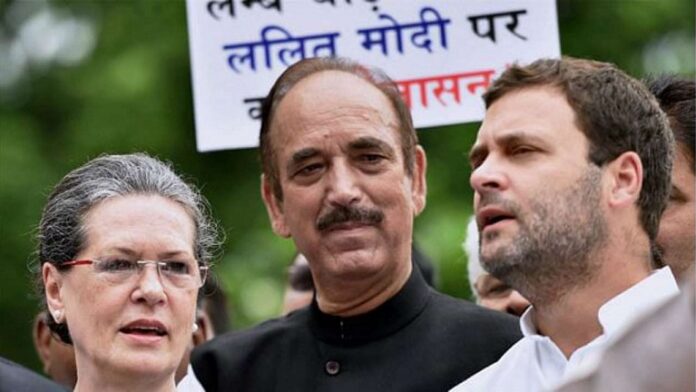 Senior Congress leader, and now a “rebel”, Ghulam Nabi Azad foresees Congress sitting in the Opposition benches for the next 50 years.

Azad sees as a possibility if fair elections within the part—be at Congress Working Committee, state, district or block levels—are not held.

Damningly, Azad said it’s unclear if an appointed president would have even one percent support from the ranks of Congress party.

Despite the benign pledges of “one family” and no “ill-will against the dissenters” in the public, it’s clear that the fire in the Congress compound is raging. First came the “letter of rebellion” then it petered out by the machinations of “loyalists” of Sonia Gandhi. It was followed by “rebels” being sidelined in Congress party’s committees in the two houses of Parliament and now this reaction from Azad. One thing or other is bound to give way.

Slamming those for opposing elections, Azad, also a Rajya Sabha member,  said, “Those office-bearers or state unit presidents or block district presidents who attack our proposal know that they will be nowhere when elections happen. Whoever is genuinely invested in the Congress will welcome the letter. “I have said that I have stated that the party workers should elect state, district and block president,” he said.

Mentioning that the sole purpose of election is to make Congress active and strong, he said, “But those who simply got ‘appointment cards’ continue to oppose our proposal. What’s the harm in having elected CWC members who will have fixed tenures in the party. Anyone who has a genuine interest in the internal working dynamics of Congress would welcome our proposal to have every state and district president as being elected. The entire Congress Working Committee should be elected,” Azad said.

Kapil Sibal, another of the signatory of the “letter”, is also frontal in his attack on the functioning of the Gandhi clan. He has come out in support of a fellow signatory, Jitin Prasada, who is being viciously attacked by the UP state unit of the Congress.