‘Girls, please don’t bend in front of Rahul: He is not married’ 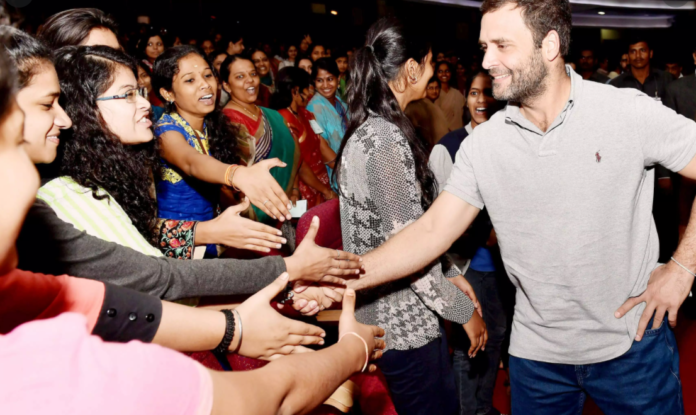 Girls should be careful of Rahul Gandhi as the latter is unmarried and only visits women colleges, said a former Left-backed Kerala MP Joyce George while addressing a rally in support of CPI-M leader and minister MM Mani.

Joyce George said: “Rahul Gandhi’s programme is such that he will only visit women colleges. He will go there and teach girls to bend. My dear children, please don’t bend and stand in front of him…he is not married.” Mani, present on the stage, was seen laughing.

Rahul Gandhi’s programs are held only in women’s colleges. He goes there & teaches girls how to stand straight, how to bend. Don’t go near him & do such things.. he isn’t married: Joyce George, former Left independent MP during campaign for State minister MM Mani, in Idukki y’day pic.twitter.com/kG6sfTSdMG

The Congress party has condemned the remarks made by the Left leader.

The LDF and the UDF have traditionally shared power in Kerala which goes to poll on April 6. But this time BJP is putting its shoulder in the contest.