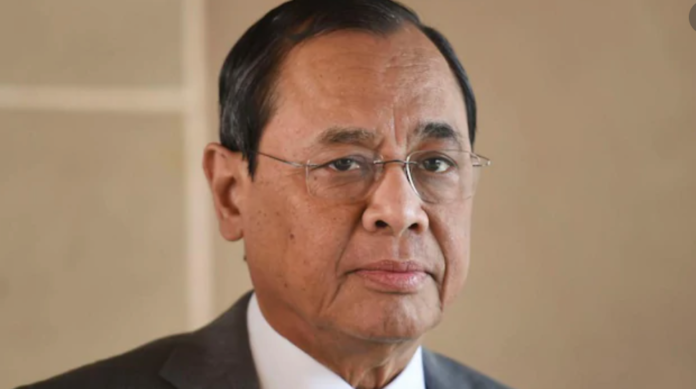 Former Chief Justice of India, Rangan Gogoi today tore into India Today, Indian Express, NDTV and other ‘web portals’ for running a campaign to pressurise the sitting judges and influence their verdicts. Gogoi was speaking at the India Today Conclave.

“Judges are made conscious. They are constantly told to conduct themselves in a certain way failing which they would have to face attacks after their retirement in the media, India Today, NDTV 24*7, the Indian Express and the web portals,” Gogoi said.

He further added, “They are telling you to conduct yourself the way they want or else we will attack you.”

Gogoi said there were several judges who do get influenced by such attacks. He was responding to Trinamool Congress MP Mahua Moitra attacking him in the Parliament earlier this week.

“The sacred cow that was the judiciary is no longer sacred. It stopped being the sacred day a sitting CJI was accused of sexual harassment, presided over own trial, cleared himself & accepted a nomination to Upper House within 3 months of retirement replete with Z+ security cover,” Moitra said in the Lok Sabha, apparently referring to former CJI Gogoi.

Not naming her directly, Ranjan Gogoi said, “What is this attack? Does a former judge ever get cowed down by attacks?”

Ranjan Gogoi further added, “She didn’t even have her facts correct. If you are making allegations, at least name the person. I have a name and I deserve to be named. Those allegations are wrong in facts.” Gogoi said that it was sitting Chief Justice of India SA Bobde, then the second senior-most judge of the Supreme Court, who had constituted the committee to hear the case against him as per the prescribed in-house procedure.

During his interaction in the India Today Conclave, Gogoi said the case involving him was mentioned in Parliament to send out a message to warn the judges. “Does a judge get cowed down by such attacks? Unfortunately, many do,” Gogoi said.