Golfer Aditi missed bronze in Tokyo Olympics by a whisker 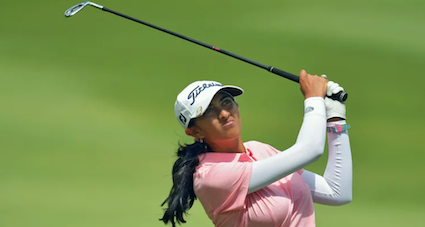 Indian golfer Aditi Ashok, the youngest golfer to play the sport at the Olympics, narrowly missed the Bronze medal in the Olympic Games’ golf competition, finishing at the fourth position.

She had finished round three at the Silver medal position on Friday, August 6. She was battling toe to toe with World No. 1 Nelly Korda of USA and former World No. 1 and Rio Olympics silver medalist Lydia Ko of New Zealand, impressing with her putting and short play skills.

Aditi Ashok was in the tied third spot when a storm disrupted the fourth and final round of the competition, where the youngster was in pursuit of the country’s first medal in the sport.

After finishing 41st in Rio, Aditi stormed back and stunned the field with a consistent show in Tokyo with her mother Maheshwari alongside as her caddie. In 2017, she won the Fatima Bint Mubarak Ladies Open in Abu Dhabi to take her number of LET titles to three. Since then, there has been no looking back for Aditi.