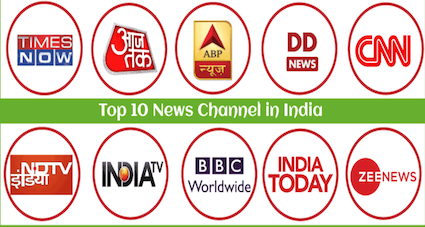 In a strongly-worded advisory, the Centre on Saturday reprimanded private TV news channels for their coverage of the Russia-Ukraine conflict and the recent communal violence in Delhi.

The Ministry of Information and Broadcasting, in its detailed advisory, advised TV channels against making false claims and using scandalous headline. The ministry called for adherence to the provisions of Section 20 of The Cable Television Networks (Regulation) Act, 1995 including to the programme code laid down under it.

The government said that it has found that in the recent past several satellite TV channels have carried out coverage of events and incidents in a manner which appears to be unauthentic, misleading, and sensational.

“Having regard to the above, the government expresses serious concern about the manner in which the television channels have gone about their operations in the manner of transmitting content…,” read the advisory.

It also said that many television channels while reporting on the Ukraine-Russia conflict and the recent communal tensions in north-west Delhi used socially unacceptable language and remarks, which seems to be “obscene and defamatory and having communal overtones”.

Pulling up TV channels over the coverage of the Ukraine crisis, the ministry said it has found channels making “scandalous headlines” unrelated to the news item and journalists making “unsubstantiated and fabricated” claims and using “hyperbole in order to incite audience”.