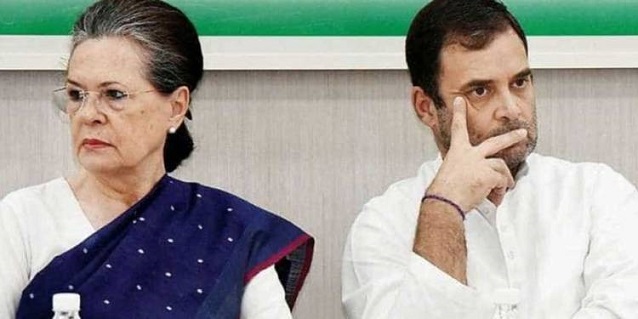 The heat generated on skeletons tumbling out of Congress cupboards in recent times is morphing into something more serious: Now the Ministry of Home Affairs would probe various violations in institutions set up by the Gandhi clan: Rajiv Gandhi Foundation, Rajiv Gandhi Charitable Trust and Indira Gandhi Memorial Trust.

In recent weeks, facts have emerged that the Congress party signed a MoU with the Chinese Communist Party (CCP) in 2008, had donations by the Chinese government and embassy in the Rajiv Gandhi Foundation and even the PM National Relief Fund was being forwarded to the foundation

NewsBred has reported recently of Rajiv Gandhi Foundation receiving funds to the tune of Rs 1 crore from the Chinese government and embassy thrice between 2005 and 2009.

Damning reports have also emerged that fugitive Mehul Choksi too had made donations to the Rajiv Gandhi Foundation in 2014-2015. The annual reports mention donations from Naviraj Estates Private Limited in which Choksi is one of the directors.

Sonia Gandhi is the chairperson of the Rajiv Gandhi Foundation. Rahul Gandhi and Priyanka Gandhi Vadra, her offspring, are the trustees since 2005.