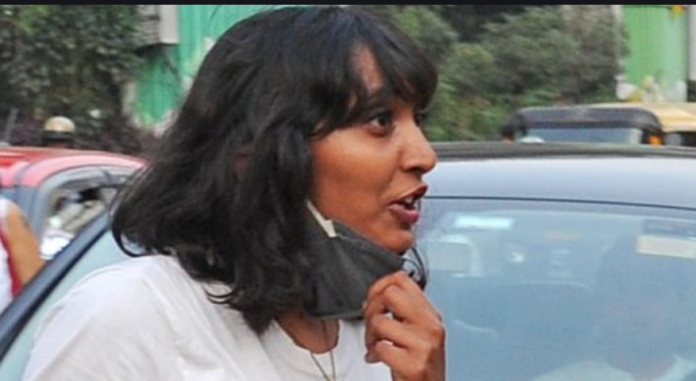 The WhatsApp chat between Greta Thunberg and Disha Ravi, one of the basis for Delhi Police to arrest the latter from her residence in Bengaluru, has been leaked.

As reported by News 18, it’s now known that Disha had expressed fears of being charged under the anti-terror law, Unlawful Activities (Prevention) Act, in her conversation with Greta Thunberg.

After the Swedish activist leaked the anti-India toolkit on social media, Disha said: “Can we just not say anything at all for a while. I am going to talk to lawyers.”

News 18 has reported that after Delhi Police confronted Disha Ravi with evidence, she admitted to have been in touch with several questionable entities. She had tried to conceal details about her acquaintance with accused Nikita Jacob who has been evading the law enforcement agencies.

News 18 has also informed that the Enforcement Directorate (ED) would soon investigate any possible overseas transactions made by Disha Ravi through Fridays for Future (FFF) India in the last few years. The National Investigative Agency (NIA) might also probe, given that several links with Khalistani organisations have surfaced.

As per reports, Disha Ravi and Nikita Jacob had held an online meeting with Poetic Justice Foundation’s Mo Dhaliwal, a known Khalistani entity. It was part of the plan to discuss and formulate the “twitter storm” on India’s Republic Day. In the Zoom meeting, the group had details how to post messages, graphics and videos ahead of the Republic Day to spread their propaganda against Indian Republic.

As per Zee News, in the online meeting in which Mo Dhaliwal was an attendee, it was planned how they could agitate the farmers and spread violence on the Republic Day. Dhaliwal wanted the event to make an global noise. Further, as per plan, international celebrities including Greta Thunberg, Rihanna etc were roped in.

In a closely-guarded operation, Special Cell of Delhi Police detained Disha Ravi, the so-called ‘climate activist’ and founding member of Greta Thunberg’s Fridays For Future’s India chapter. As per the reports, Disha was picked from her house in Soladevanahalli, North Bengaluru. She is a graduate of Mount Carmel college in Bengaluru and has been working in a company that produces plant-based food. She has now been remanded to five-day custody of the Delhi Police by a Delhi Court.

The security agencies are probing the toolkit and looking for people who were behind it. On February 4, the Special Cell of Delhi Police had registered a case against the creators of the “toolkit” under various sections, including sedition, criminal conspiracy and promoting hatred among groups under Section 124A, 120A and 153A of the Indian Penal Code. A Delhi court has also issued non-bailable warrants against Nikita Jacob and Shantanu, another two accused in the case.

Meanwhile Delhi Police has issued a statement on Monday, highlighting the role of a dubious foreign-based activist in organising this global plot against India. One Pieter Friedrich has been named following investigation into the Greta “toolkit” conspiracy.

Pieter, the police said, has been under the radar of Indian security establishment since 2006. He was “noticed being in the company of one Bhajan Singh Bhinder or Iqbal Choudhary.”

Bhinder is said to be a very prominent proponent of the ISI desk. He has been running infowar operations against India. The police said the toolkit was prepared in great detail. Some media houses and fact-checkers have also been reported.