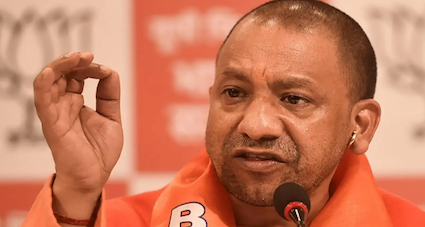 Violent protests rocked six districts of Uttar Pradesh on June 10 as people took to the streets against the inflammatory statements made by suspended BJP leader Nupur Sharma.

As many as 227 people have been arrested so far in connection with the violence and security has been tightened in the affected areas.

“Strictest action will be taken against anti-social elements involved in disrupting the peaceful atmosphere in the state. There is no place for such anti-social people in a civilized society. Ensure that no innocent is oppressed, but not a single guilty is left unpunished,” the Chief Minister told officials at a high-level meeting on Saturday.

The Uttar Pradesh police on Friday arrested 48 protestors from Saharanpur, 68 from Prayagraj, 50 protestors from Hathras, about 28 protestors from Ambedkarnagar, 25 from Moradabad, and eight protestors from Ferozabad for engaging in mass protests, that led to clashes with police. Incidents of arson were also reported during the riots, in which several police personnel suffered minor injuries as a result of stone-pelting.

Speaking on the clashes in Saharanpur, SSP Akash Tomar said, “The manner in which crowd took to the streets after Friday namaz, it definitely seems that some people had planned. We are checking if extremist organizations were involved in the violence.”

He also informed that multiple police teams have been deployed to scrutinize social media and CCTV footage, through which 260-270 more people were arrested.