Haddin says India is afraid of facing Australia in Brisbane 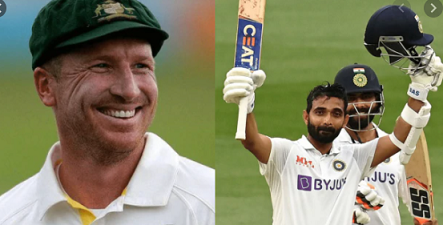 Former Australian wicket-keeper Brad Haddin feels India is trying to wriggle out of playing in Brisbane for the fourth Test as hosts Australia has a formidable record at “Gabba”, the Brisbane Cricket Ground.

“From a cricket point of view, why would India want to go to Gabba? No one wins at the Gabba, Australia play really good cricket there and no one’s won for a really long time (besides the Aussies). There’s a lot of moving parts here. The one thing is these guys have been in a bubble for a long, long time and they might just start to be getting a little bit tired,” Haddin told Fox Cricket.

“But you can’t move a Test match—if a state doesn’t have any virus—just because you’re over the quarantine. You came to Australia knowing exactly what was going to happen…you knew there were restrictions, you knew this could’ve happened.

“Yes, it’s been a long time now they’ve been in quarantine first with IPL and now with the Australian summer. But it’s the same with the Australian teams, we haven’t heard them whinge and they’ve just got on with it. To me, it just looks like they’re trying not to play at the Gabba,” Haddin said.

The Aussies have a formidable record at the Gabba, Brisbane in Test matches. In 55 matches so far, the hosts have won 33 of them and lost only eight. One game was tied while the rest of 13 were drawn.

As of now, the fourth Test is on schedule.