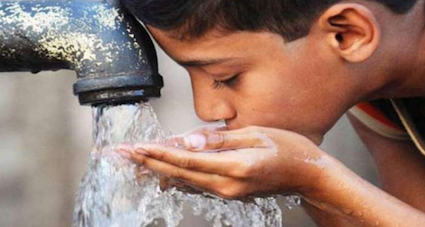 All rural households of Jind and Palwal in Haryana were connected with tap water supply under the flagship ‘Har Ghar Jal’ scheme, according to the Union Jal Shakti ministry.

“Considering the coordination with the central government and the speed at which Haryana government has functioned, it is expected that the target will be achieved as early as the last week of August or the first fortnight of September,” a ministry official said.

Under the ‘Har Ghar Jal’ scheme, the Ministry of Jal Shakti has set a target of providing 55 liters of clean drinking water per person per day to all households.

Every family of Mewat will have a tap water connection by early September, and Haryana will be the sixth state in the country to have 100% households having domestic water connections, the ministry said in a release.

He further reassured that Haryana will not face any problem of funds in providing water connection to every household under the mission.