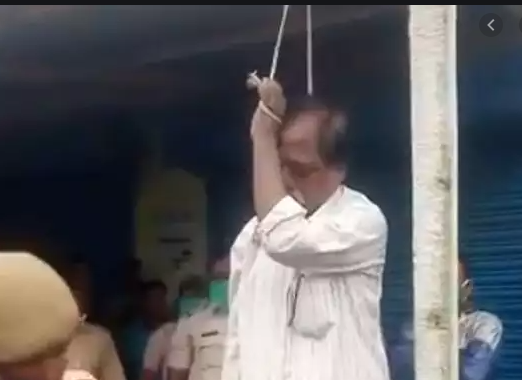 The reign of terror in Mamata Banerjee’s West Bengal against the leaders and workers of the Bharatiya Janata Party (BJP) shows no sign of abating.

The latest is Debendra Nath Roy, BJP MLA from Hemtabad, a reserved seat in Uttar Dinajpur, was found hanging in Bindal, near his village home. The BJP Bengal twitter handle claimes that “people were of the opinion that he was first killed and then hung. Roy had joined the BJP in 2019.

Shree Devendra Nath Roy an MLA has been killed late night and his body was hanged in front of his house .Bengal is Witnessing Everyday Death of BJP Karyakarta.#GundaMamata pic.twitter.com/043lSp8Gx3

The social media was abuzz this morning with angry twitterati, drawing a parallel to George Floyd moment in the United States and hashtagging: #HinduLivesDon’tMatter.

There is no way of knowing if it was a suicide or murder but too many things happen in Bengal around election times—the state elections are due early next year—against the political opponents of ruling Trinamool Congress (TMC) to assume it be anything other than political in nature.

For instance, around the 2019 general elections—in which BJP shook the foundation of TMC with 18 seats won out of 42—a series of attacks and murders of BJP workers was little reported in biased Lutyens Media but had taken the social media by storm. A little recounting of these unfortunate incidents is in order: