Hinduphobia is real: a New Jersey town in United States affirm it 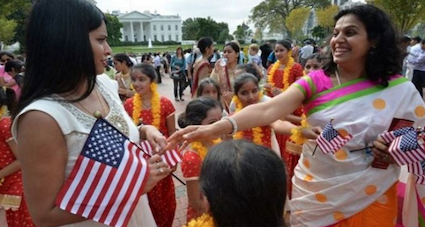 The Township of Edison in New Jersey has recognised July as ‘Hindu persecution awareness month.’

This major development was shared by the Hindu on Campus Twitter handle, who posted the proclamation note by Edison Mayor Thomas Lankey, which mentioned, “Whereas, Hinduism is one of the world’s major religions, with over 1 billion global adherents; and whereas historically, as well as in the present day, Hindus have faced persecution and discrimination based on their religious beliefs, including in South Asia; and whereas, our own state, New Jersey, witnessed attacks in the late 1980s aimed at Hindu Indian immigrants, which were perpetrated by the Dotbusters…”

It is worth noting that Edison is the state’s fifth-largest municipality and has a large Hindu-American population and is home to several Hindu places of worship.

The recognition of Hinduphobia is a watershed moment for Hindu community residing in the US working hard to spread awareness about Hinduphobia in universities and college campuses.

“Therefore, be it resolved that I, Thomas Lankey, Mayor of the Township of Edison, do hereby proclaim July as Hindu Persecution Awareness Month to memorialize the discrimination and injustice that members of the Hindu faith face, and to reaffirm our township’s commitment to the American ideal of the freedom to freely and peacefully practice one’s religion,” the office of the Mayor concluded.

‘Hindu on campus’ pointed how the “proclamation issued by the Township’s mayor nods to the past and present discrimination that Hindus have faced in South Asia, as well as the richness and significance of Hindu heritage.”

In April, this year, the Rutgers University Student Assembly (RUSA) passed a resolution (No. 1451-XX) to adopt a scholarly definition of Hinduphobia, which was considered as the beginning of a paradigm shift in attitudes towards Hindus.