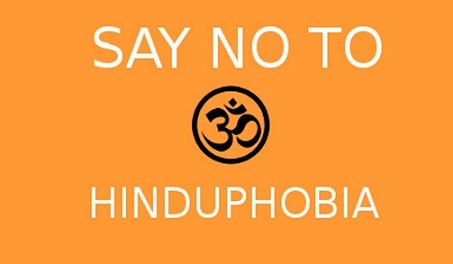 Wall Street Journal (WSJ) has been accused of spreading Hinduphobia and targeting the Brahmin community.

Coalition of Hindus of North America (CoHNA) president Nikunj Trivedi has taken strong exception to a biased article written by Dr Zaid Jilani which was published on November 29. Trivedi has written to the editorial board of the WSJ to withdraw the article titled “Cancelling Student Debt Will Be a Brahmin Bailout”.

Reacting strongly to the off-tangent write-up, Trivedi said the Op-Ed lacked both “erudition and factual accuracy” while it promoted Hinduphobia. He wrote: “The callous usage of the word ‘Brahmin’ amounts to blatant propaganda.”

Trivedi also said that it will “promote hatred and animosity towards Hindus” in the US and worldwide. “Mr Jilani pejoratively words such as ‘Brahmin Left’ and ‘Brahmin Bailout’ to describe certain policies being considered by the Democratic Party, deeming these policies as befitting the elitist ‘upper class’ of the American society” he wrote.

Mr Jilani “falsely paints an entire community (completely unrelated to the issue being discussed”, he pointed out. Trivedi said that Jilani had targeted US Congresswoman Tulsi Gabbard as well due to her Hindu identity.

He pointed out that the “paper would not tolerate devious characterizations of other religious and ethnic communities to drive across a political point”. He demanded that the word “Brahmin” be removed from the Op-Ed immediately.

Incidentally, the focus of the article was economic policies likely to be pursued by the incoming Biden administration, and not caste. It was totally out of context that the expressions like “Brahmin Left” and “Brahmin Bailout” were used by Jilani.