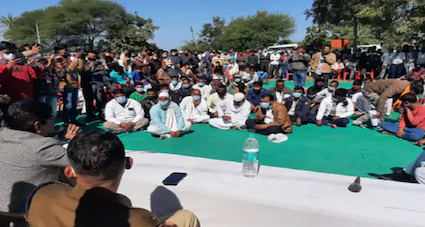 Several Hindu families are migrating out of Surana village in Ratlam district, Madhya Pradesh, fearing threats from a section of another community.

Several Hindu families have alleged inaction on the part of the local administration, forcing them to leave their houses, farms and cattle behind to start afresh somewhere “safe.”

“The reason for the dispute is illegal encroachment and other local minor issues, which will be resolved soon,” said state home minister Narottam Mishra.

Locals have also reportedly submitted a memorandum to the Ratlam district collector over the matter.

“Falling under Bilpank police station in Ratlam, the population of village Surana is around 2,200 which is distributed in a 60:40 ratio among the Hindus and another community. The locals who had reached the office of SDM Abhishek Gehlot on Tuesday had told the media that the village lived in social harmony for years but of late, tension has gripped following excesses from the other community…” a report by News 18 stated.

Muslims, reportedly, are 60% of the population in this village.

Members of another community are attempting dominance in the village, the Hindus alleged.