Horrific: Yet another BJP worker killed; ‘4th in last 72 hours’ 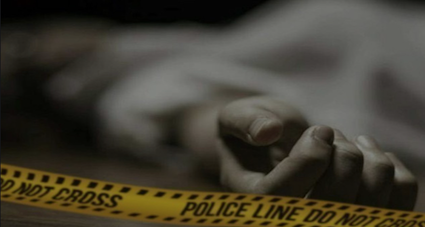 The political violence has gone up to a new high as the killings of the BJP functionaries in West Bengal continues to make headlines today too. The body of another BJP worker, Lal Mohan Soren, was found in a forest near his home in Bagmari in the Salboni police station area.

Informing about the brutal incident on Twitter, BJP claimed that Soren’s murder was the fourth such political murder in the state in the last 72 hours.

In a Tweet shared yesterday, BJP informed how two-party karyakartas named Pratap Barman and Dipankar Biswas were brutally murdered in Santipur, Nadia Dakshin by TMC Goons because of their political affiliations.

Earlier also, a BJP worker was found hanging near the party office in Dinhata town in Coochbehar district on Wednesday. Talking about the incident, BJPs national IT Cell in-charge Amit Malviya tweeted and pointed out how Amit Sarkar, mandal president of Dinhata Town, was hanged (sic) to death by TMC goons, just 72 hours before the first phase (of polling). ()

Is this what TMC meant by Khela Hobe? “Bengal has been reduced to a blood field with political killings becoming the norm”, he added in his tweet.

The BJP workers staged agitations by burning tyres, blocking roads and vandalizing a number of TMC party offices in the area. When the police tried to disperse the agitators and take the body for post mortem, there was a clash with the saffron party workers.

The BJP leadership, including party observer to the State Kailash Vijayvargiya, said that such attacks would not deter the BJP from achieving its objective of forming the government in West Bengal.